The DIY forum
Forum rules
Please post any new articles in the "Tech Discussion" forum. After approval the thread will be moved to this forum.

DISCLAIMER PLEASE READ!
Civic4g.com or the authors of the articles cannot be held liable for any consequences whatsoever of the information or advice they provide.
DIY can go wrong, with expensive or even dangerous consequences, and it therefore must be stressed that nothing should be attempted without applying common sense, and only if you are confident in your ability to carry out the job with safety. You cannot expect answers to your questions to include a complete list of possible pitfalls. Remember that the advice has been given to you in good faith for free, and neither its accuracy nor legality can be relied upon.
If you are unsure about anything then do please ask!
Post Reply
20 posts

As explained in 4thgenerationcivic.com, a long time ago.

Make sure that you get the console with the ash tray and the cig lighter. Of course you need both front and rear to make the console complete. Take your radio/ac bezel out of your car and place it on a bench of workstation of some sort. You will see that the lower piece is held on in the front by plastic welds, and the rear is by one long hinge one each side. Don't worry about breaking anything, just start pulling, you will see how it comes apart. Once you get it apart you can mock up the two pieces on the bench, the upper from your old console, and the lower from your Integra console. You will see that the screw holes don't match up perfectly, worry about this later. Put the mocked up console into your car, and give it a test fit, see how it needs to fit. In the front my old upper overlapped the teg console by about 1/8". It also overlapped on the sides about the same, and gradually evened out towards the firewall. (back)

Ok, get a general idea of how it needs to be, go back to the bench and flip what you have upside down. The two console pieces mating surfaces almost line up perfectly. What I did is use two 1/2" drywall screws at the front to hold the front together. This will give enough stability to move the console around, as for the rear, I took small trim screws and ran one from the inside of my upper console (where the factory screw holes were to the lower, this held everything fine. Then I used a heavy duty epoxy , and lined the mating surfaces, let it dry. Then you will need to re-wire the ashtray light and the cig light/lighter. This is simple, your plug in the old cig lighter has 2 wires, and the new one has 4, the reds need to be switched ignition, and the blacks need ground. Put the console in, use the top screws to hold it into place, and wait for the next step.

Remove the bezel around your e-brake handle. Toss it. This would be a good time to slightly tighten your e brake cables if you find you have to pull up too hard to make contact. Just give the 12mm nut on the equalizer the old righty-tighty. Now you can install the rear section of the Integra console. Clip the four clips that hold the consoles together, then you will see that the holes to mount the two into the floor don't line up with the old ones. This is ok, you will have to use some kind of self-tapping screw about 1/2" long with a washer. Now if you were lucky enough to get the rear metal body bracket to hold the console in behind the e-brake handle, you should have mocked up the console and installed the bracket accordingly. BUT I didn't, so I had to make it work. I used two of the same self tapping screws as I had mentioned before. I put both of my seats up as far as they would go, and drove one on each side through the console into the body of my car. Sounds like a rig, but it worked awesome. The console fits beautifully, the armrest is perfect, and is sturdy as hell. Now you can enjoy your new found love for your interior.

Notes on the install: This method of sticking together the civic center console (where the radio is) with the integra one can become a problem for some, particularly when you need to align it with the rear part (armrest) or need to remove it in the future. Personally I preferred to use only screws and it was really easy and needed only 3 screws, the same ones from the old console.(Click on the pictures)

As you can see in both pictures I used the stock mounting points of the upper console, however in the left side I have to drill in the middle of the integ console since it doesn't line up.

Sorry for the crap camera.

If you got the console without the cig lighter and ashtray you can use the space for putting some gauges, as I did. They are 50mm (2”) gauges, volt/water temp/oil press. They are not for show; they are functional since the stock ones don’t work anymore

The cig lighter and lights have a plug on it. Your 4th gen
has the same mating plug. Plug them together and you are good to go no splicing wires.
Top

This may be a dumb question, but is there a specific year I can or can't use a console from? I'm guessing that I can use any integer console from 88-91.
ロックしましょう "Let's Rock"

Austin_tacious wrote:This may be a dumb question, but is there a specific year I can or can't use a console from? I'm guessing that I can use any integer console from 88-91.

NO. The center console explained here and the one that is swapped on the civic 4g is the 94-01 integra (DC,DB6-9). The 90-93 center console is different, it won't fit without cutting and other mods, and definitely is not as cool as the DC one. Don't waste money on the DA (90-93) console.

oops ive been corrected. thats what i get for being away so long.
i actually have the DC in my car. De de deeee. 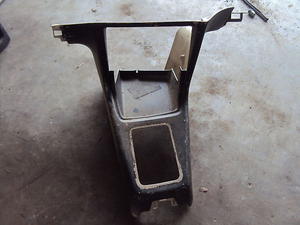 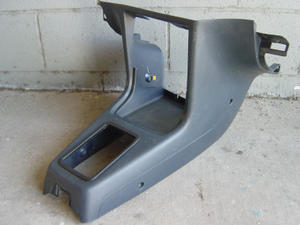 See how tall it is and how it's angled? without cutting it wont fit the stock Upper console on ours. When you do the swap the radio console and above stays, below is where the new center console goes, see the next pics.

stock console eliminated for the swap: And also the shift boot plate of the manual tranny teggy is different from the automatic tranny plate...so keep that in mind. The shifter boots that are sold are for the manual. 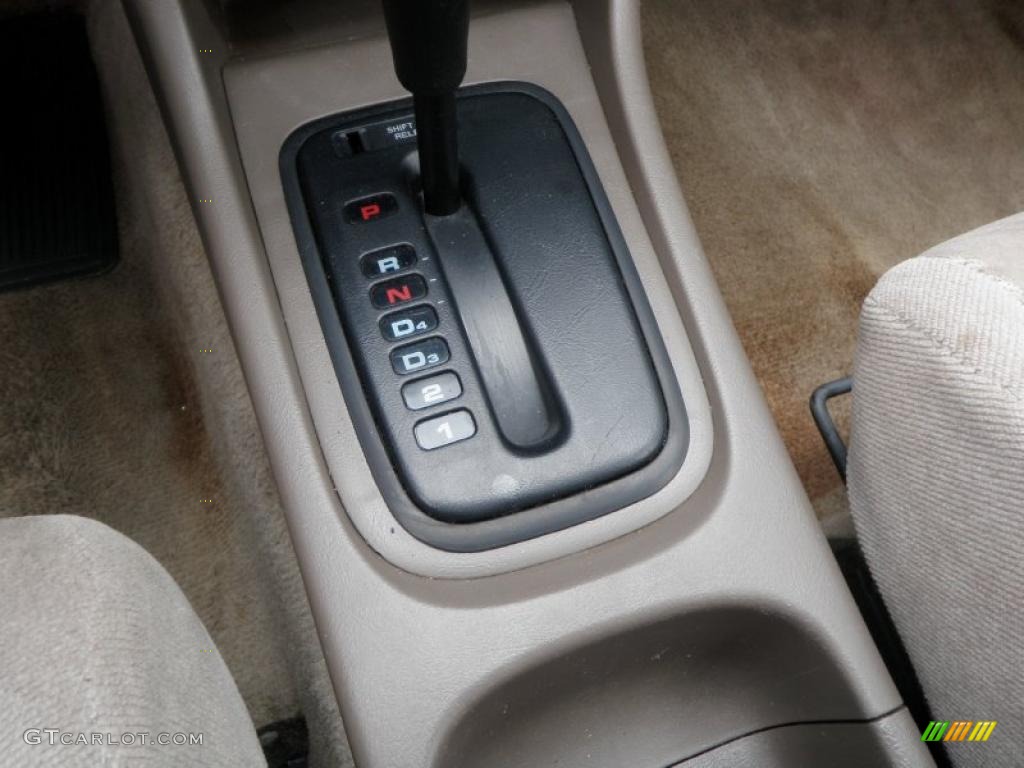 i had an automatic shift tray. all i did was gorilla glue my shift boot to the back of it, trimmed some of the metal tabs, and i was good to go!!

i got my integra console the other day, and i just tried fitting it up, but im not sure how the cig ligter/tray part mounts so the cup holder thing can pop out. and what did others do for the tilt leaver on the inside of the passenger seat? it pushes the console way out of center, and my ebreak rubs the side.

I have a 91 Ex sedan 5spd so the center console from a 90-93 will match up for if I'm understanding correctly...
Top
Post Reply
20 posts